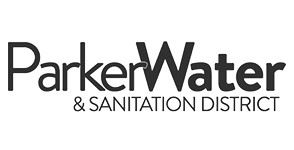 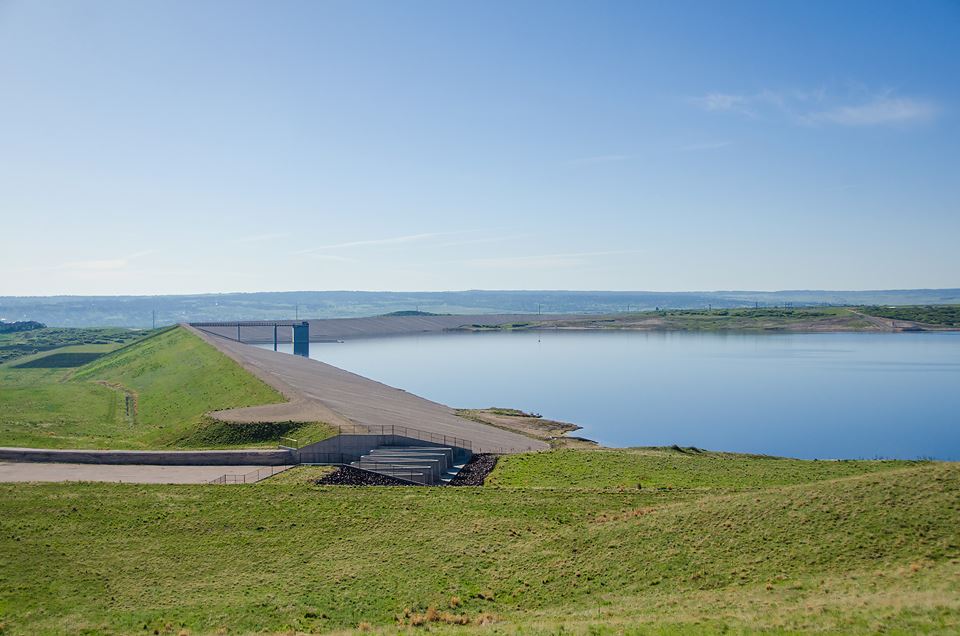 Completed in 2012, Rueter-Hess Reservoir is located on Hess Road, one mile east of I-25 at the Castle Pines Parkway, Exit 188, or three miles west of Parker Road. It is located on Newlin Gulch, which is a tributary drainage of Cherry Creek. The dam rises 185 feet above the bedrock and the reservoir encompasses 1170 acres, which is about one and half times the size of Cherry Creek Reservoir.

RHR helps serve PWSD’s current water demands, and is a key element in solving our long-term goal of a reaching 75% renewable water supply for our community. With a capacity of 75,000 acre-feet, RHR is an invaluable water resource for Parker Water & Sanitation District, partner districts, the residents of Douglas County and people of the greater Colorado Front Range.  Additional information is also available in the Rueter-Hess Watershed Management Plan.

The History of Rueter-Hess Reservoir

Rueter-Hess Reservoir is named after long-time Douglas County residents Rosie (Rueter) Hess (1911-2000) and her husband Percy Hess (1900-1975), from whom PWSD purchased the land on which the reservoir now sits.

Purchasing the land from the Hess family was not without its challenges, but Ms. Hess eventually agreed to a deal with PWSD with conditions, including having the reservoir named after both her married and maiden names. Hence, the name Rueter-Hess. The remnants of Rosie's homestead can still be found today at the base of the dam where a few old cottonwoods still exist.

In addition to its history as a homestead, numerous archaeological artifacts were also discovered on the property during the reservoir’s construction, providing evidence of a long history of human inhabitation of the land dating back 9,000 years. Native and immigrant settlers of the region relied on the land for their livelihood from hunting to mining gold to homesteading and ranching.

As stewards of the land and community, PWSD and our local partners hope to preserve this land as a resource and to educate visitors about the history of RHR, Newlin Gulch, and the region to ensure that it continues to be a sanctuary for wildlife and to respect its important heritage.

The recreation master plan (PDF) along with additional information and schedules are available on the Rueter-Hess Recreation Authority’s website.

The first time water was pumped into Rueter-Hess Reservoir on May 12, 2011. Water was pumped from Cherry Creek, near Stroh Road and Motsenbocker in Parker.

The video below shows the outfall from the Parker Water & Sanitation District's Cherry Creek Diversion Structure at a flow of about 35,000 gallons per minute (78 cubic feet per second).